” Christmas in January (in January Christmas)” is, Mariko Iwadate of the original cartoon and, it original was OVA is a work.

is a boy who works part-time in a shoe store, where he meets Mizuki, a girl whose abusive family life has left her unable to trust other people. Meanwhile, Nobumasa is unaware that another girl, Seiko, has a crush on him but is unable to express her feelings. This is our Christmas ova to you fans and we all wish you a very Merry Merry Christmas from Kingmenu , Shockwave and Staff 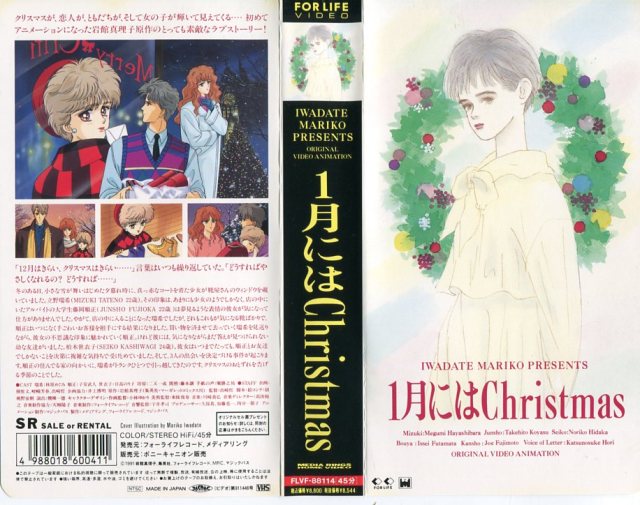 Yes here we are again with another oldie gem…back in the pioneer years of OVA  Anime, and that was a special year..when OVA were called OAV originally We thought that we look back at that year and try to find rare Anime that people haven’t seen in years. Here is a bit of the story,,,which information is from MyAnimeList  which we tip our hats too.

Asagiri Yohko is an ordinary high school student, and she is in love with a boy who does not know it. To help things along, she has written a song to explain how she feels but that song has quite a bit more than a couple of good bridges. 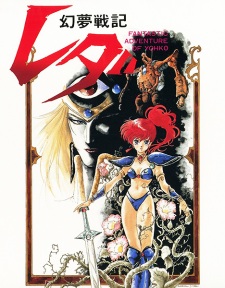 Yohko learns that while she is listening to her song, she is transported to Earth’s other-dimensional sister world “Ashanti.” This song has the potential to open a gateway between Earth and Ashanti wide enough for a conquering force to invade and take over. And it is exactly why it was forbidden eons ago by the legendary warrior Leda who saw this coming.

This Leda warrior’s duty now falls to Yohko and some newfound friends to stop the onslaught and return the 2 worlds in balance.

Maybe Yohko is not so ordinary after all. We hope you enjoy this presentation and Happy Holidays from Kingmenu and Staff.